Every cent counts: Many seniors have to save money so that there is still some left at the end of the month. | Bild: Eileen Breuer

Every cent counts: Many seniors have to save money so that there is still some left at the end of the month. | Bild: Eileen Breuer

Although Hildegard has worked her whole life and raised four children, she has to save months for a holiday at the North Sea. Especially in cities, life is expensive: the costs for tickets and rent exceed every measure. What is life like in Stuttgart with an empty wallet? 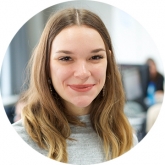 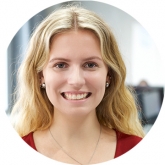 Every month Hildegard M. withdraws money once from the ATM - almost four hundred euros. She distributes this money over a period of 30 days: Otherwise she would lose the overview and possibly spend a few euros too much.
From those euros, Hildegard has to buy cheese, bread and noodles. She has to finance T-shirts and trousers. She has to pay for medicine. Hildegard M. is considered to be of poor age.

The 85-year-old receives a monthly pension of 819 euros, plus 78 euros in housing benefit. She has to make ends meet with this money. Hildegard M. has to pay 470 Euro per month for her apartment, 50 Euro for the energy contract. The telephone bill also comes from the pension. There is not much left to live on. Twice a year she is also charged for her insurance: "October and February are a bit scarcer. Scarce, but it works."

"Old-age poverty exists when people are permanently excluded from participation opportunities for financial reasons, which is a matter of course for a majority", states Dr. Joachim Rock. He is head of the labour, social affairs and europe-department at the Paritätische Gesamtverband, a german welfare association.

In Germany about 19.5 percent of all pensioner households are at risk of poverty. In the statistics regular pensioners and former civil servants have so far been grouped together in one group. However retired civil servants do not pay into the pension fund and have significantly higher retirement incomes. If they are subtracted, statistics come to the result, that one in five pensionors has to be considered poor. Althought there is a basic old-age provision, according to Dr. Rock more than one million people depend on,  about 74% of older people do not even take their entitlement at all, often out of shame and fear that their relatives will be called upon to reimburse their costs. In Dr. Rock's opionon, this is a big problem: "Old-age poverty is the fastest growing form of poverty. Moreover, poverty in old age is a form of poverty in which those affected usually have no prospect of overcoming it on their own."

When are people considered to be poor? There is no universal definition of the word. In the European area, a distinction is usually made between three different forms of poverty:

Absolute poverty means that for material reasons a person is not able to satisfy his basic needs. The World Bank defines a person as extremely poor if they have less than USD 1. 90 per day at their disposal. This amount is regarded as the financial minimum a person needs to survive.

Relative poverty is oriented on the social environment of a person and refers to social inequality. The relatively poor in this case are those whose income is less than half the average income for example in his country.

This special form of poverty is not measured on the income. It is a subjective feeling and appears when a person feels socially excluded or discriminated against because of his or her economic situation.

Hildegard has to save wherever she can even though she has worked all her life. She never completed an apprenticeship: "After the war I left school in 1948 and there were no apprenticeships and nothing," she says. At that time she lived in Merzig. Hildegard M. was forced to attend the sewing school for two years. The family had to save on every corner. By sewing she was able to support the family: "I had younger brothers and sisters, and the rule was: make new of old."
She then worked in the factory of Villeroy and Boch. Her future husband also earned his money there. When he applied to the post office in Stuttgart, the family had to follow him.

Also, after her move to Stuttgart Hildegard applied for different positions. She worked for the Workers Welfare Association and the Post Office. "I also was a waitress: Tuesdays, Fridays and occasionally Sundays," says Hilde. And while Hildegard M. was always working, she also raised four children. "I worked in the factory and then I had children. Nevertheless, I still made it", says Hildegard. So that the children could enjoy a warm meal after school or kindergarten, Hildegard worked only half a day. To work full-time was out of the question for her: "You can't, with four children! I'm not crazy after all!" In 1995 she retired.

To make ends meet, Hildegard turns every cent over twice. For example, she only goes grocery shopping at discount stores. She recently got her trousers from the Red Cross because the jeans from the shops are too expensive for her: "I can't afford them, I can't spend 80 euros on trousers anymore," says Hildegard. Despite the fact that she saves on every corner, she immediately feels small shocks. She has high blood pressure and must always take tablets. Recently, she also fell ill with shingles on her face: "You often have to buy things for which there is no prescription, so I spent a lot of money on them."

So that she can still afford something, Hildegard is still working at the age of 85. She regularly looks after people with dementia at the Workers Welfare Association or helps out in the kitchen. She likes to work: "What should I do at home? Watching television?" On top of that she receives a few euros for this voluntary work, which she invests in the train ticket to her home town to visit her siblings. But there was also a holiday on Husum recently. She could hardly have afford it alone. She received it as a birthday present from her daughter. 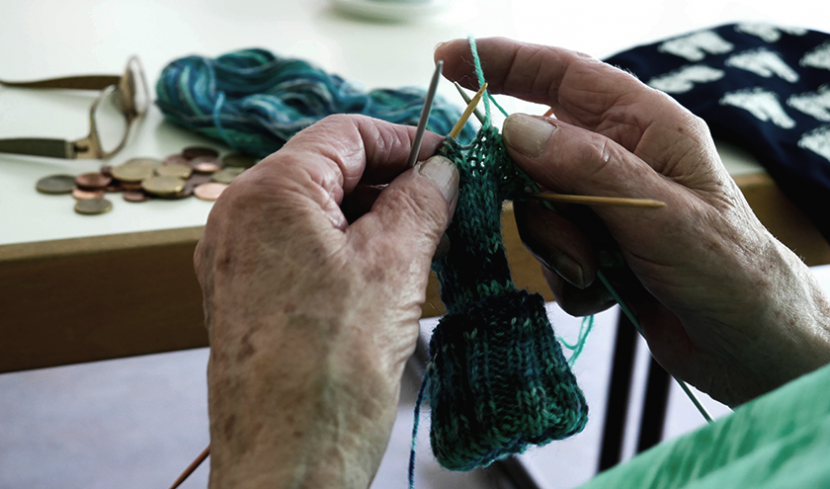 Hilde can't afford expensive hobbies. In her free time off work, she knits. The finished socks are sold by the Workers Welfare Association. Hildegard M. can finance the wool with the revenues. | Bild: Eileen Breuer

When it comes to solutions to end old-age poverty, Dr. Joachim Rock wishes for more action from the politicians and the cities: "Benefits specifically for older people need to be increased because they have more difficult living conditions in many respects (more expenditure on medicines, mobility). This is where politics is called upon to recognise them. It is already possible to set higher regional standard rates for older people and people with reduced earning capacity. But that's mostly not done." The expert thinks that the persons in charge, execpt some positive exceptions, act too little. According to him, the high level of under-utilisation of basic social security provision in old age is also due to a lack of information and advice. But Dr. Rock is also concerned about the infrastructure. Old people's meetings or neighbourhood centres are often affected by financial cuts and there are various problems in the housing situation and the medial infrastructure.

Especially in old age you can hardly change something, because you can no longer work in order to improve your financial situation: So these pensioners will stay poor for the rest of their life. – Ulrike Stocker, Malteser Ulm

Aid projects have already understood that they have to act: The Malteser in Ulm have recently started distributing food packages to senior citizens whose wallets are very small. The project "Ulm packt's" is to be understood as a supplement to the established "Tafel" and especially appeals to pensioners. Ulrike Stocker, district and project manager, says that these are often restricted in their mobility: "Those who have little money run out of money at the end of the month. And especially in old age you can hardly change that, because you can no longer work in order to improve your financial situation: So these pensioners stay poor for the rest of their life."

Once a month, needy seniors receive a food package with noodles, tomato sauce, apples or rice worth around 25 euros. Many of them are thus relieved of their worries about how they will make ends meet in the last days of the month, even if the bank account is already empty.
At the moment the project supports six pensioners. One of them is 85 years old. The man used to work abroad. When the company was taken over by a German company, he moved to Germany for his job. However, the pension could not be transferred. In addition, he has already had heart attacks, which is why his health is no longer the best and his mobility is restricted. The shop is not far away from his home, but he has problems to cover the distance. "I feel sorry for such fates. You should never forget the old-age provision. And you also have to make private provisions," Stocker appeals.

How cities can give pensioners a hand

"In many big cities older people are particularly affected by rising rental costs, and even in the case of basic security recipients housing costs are often not fully covered. As a result, poverty is more prevalent in large cities", explains Dr. Jock from the Paritätischer Gesamtverband. For him it's especially important that cities look after meeting- and advice centres to prevent loneliness. Also he is concernd that with digitalization branches of banks, cash registers and local authorities disappear and demands alternatives for older people in particular.

The city of Stuttgart wants to do something for persons with a low budget, too. Hildegard M. receives a so-called bonus card from the city. With this she receives discounts and subsidies for offers - for example, she can use it to go cheaper to the open-air pool, where she likes to take a few lanes. With this bonus card, the city wants to enable people like Hilde to participate in cultural, sporting and social life despite financial restrictions.

But in the city many things are more expensive than on the countryside: "890 euros for a two-room apartment: You can't afford that!", says Hildegard M. Nevertheless, Hildegard feels at home in Stuttgart-Dürrlewang. Here she lived as a young mother, here she has her daughter nearby. She also purchases a ticket for public transport in Stuttgart - she would not want to miss this mobility. That's why Hildegard wouldn't consider moving to the countryside, even though the cost of living there would be much lower. "The problem would be having to drive to the nearest bigger town to go shopping - I'm not motorized. I don't want that, I was always a city child." She can also do a lot of things in the city on foot. Hildegard still walks about 25 kilometres a week: "I run to the butcher, to the Aldi. You can get everywhere quickly." That's why Hildegard M. doesn't want to move: "50 years is a long time if you live somewhere." 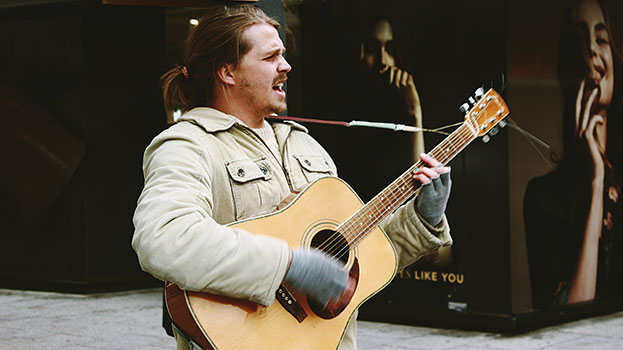 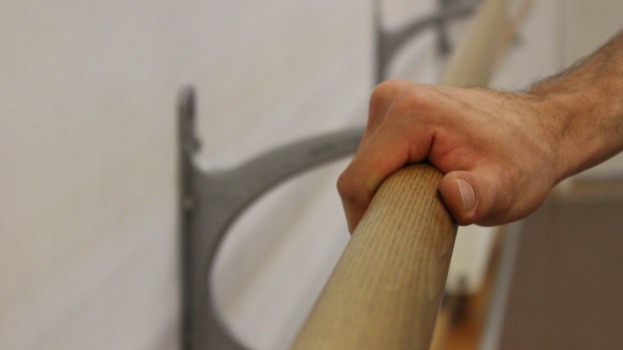 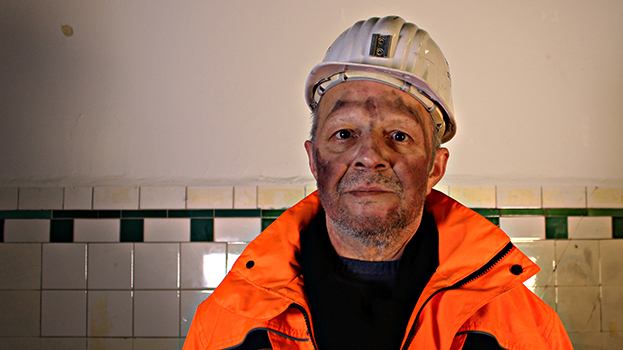 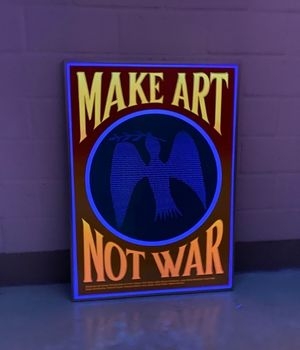 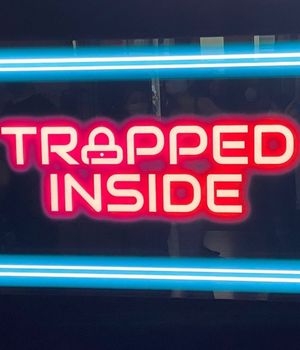 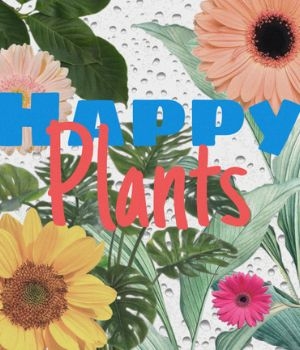 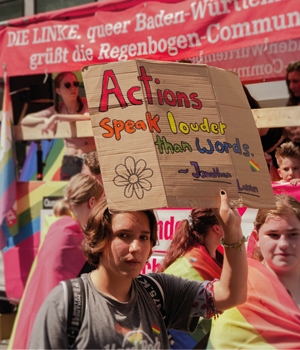 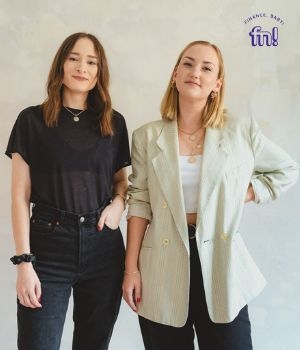